The settlement of Olympi in Chios 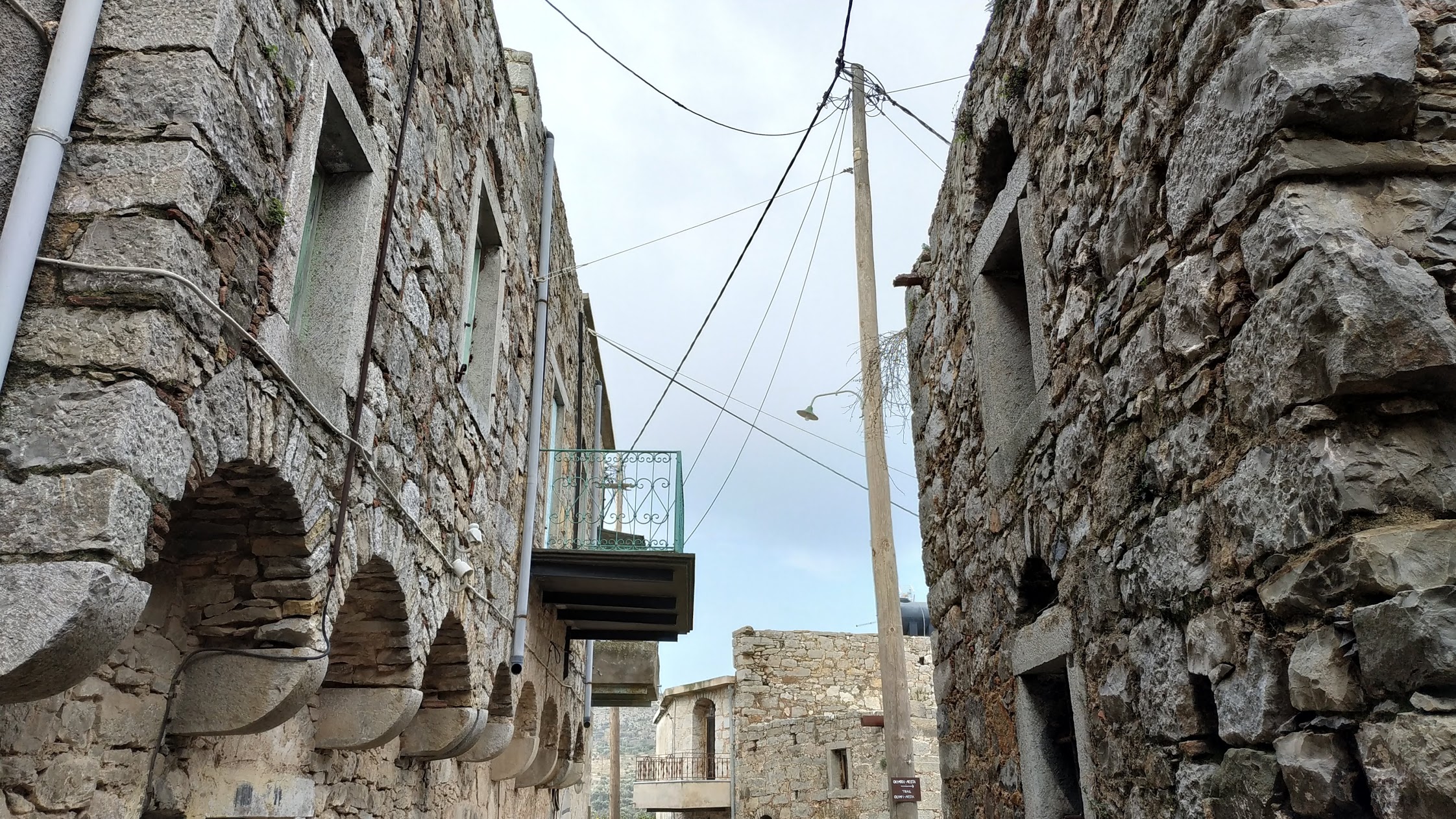 The settlement of Olympi in Chios

Olympos is one of the 24 villages of southern Chios where there is cultivated, there and nowhere else in the world, the mastic tree or mastic tree (Pistacia lentiscus, var. Chia) from which the mastic of Chios is exported.

The settlement was founded in the 14th century, a time of Palaiologos and was created during the occupation of the island by the Genoese (1346-1566). It followed the principles of defensive / residential system organization implemented in the lowland Mastic area. At the corners of the settlement there were towers and the inhabitants could have access to the settlement through the central door (today's Lower Door). In the center of the village stands a defense tower, 20 meters high, where residents kept food and water or served as a shelter in the event of an attack. The principles of settlement organization applied to the settlement were intended to have absolute control of the Greek population and agricultural production of mastic by the Genoese as well as to cover the need to protect against the raids of the Turks crossing the straits of Asia Minor.

Oikonomi Mastichohori village has been declared a listed monument (Government Gazette D 594 / 13.11.1978, Official Gazette D 189 / 02.03.1988) and in 2014 the Knowledge of Traditional Mastic Culture of Chios was registered in the UNESCO Representative List of Intangible Cultural Heritage of Humanity. Mastic cultivation is one of the traditional crops that continues to be passed down from generation to generation and converse with the particular nature of the southern part of Chios. The relationship between the grower and the mastic shrub is totally personal, experienced and physical. It is typical to use terms borrowed from the anatomy of the human body, such as "vein", "tears", "tears", "wound", while masticists themselves claim that "mastic is trained", thus imprinting profound knowledge of the specificity of each tree.