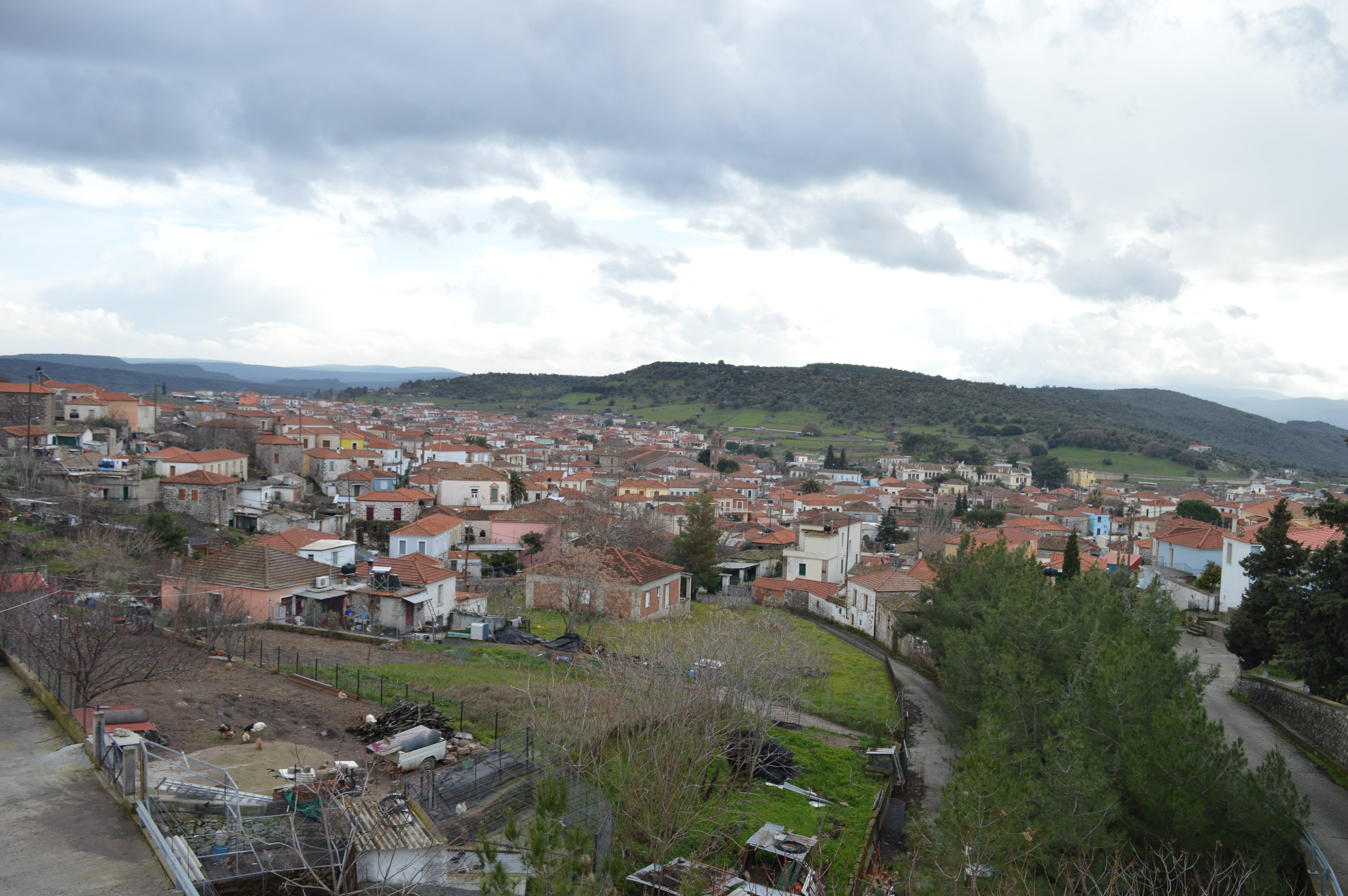 Agia Paraskevi Lesvos is a lowland town located in the center of the island of Lesbos, north of Kalloni bay at an altitude of 100 meters. In its rural area there are mountainous and semi-mountainous volcanic volumes full of olive and pine trees. The simple geometric lines of the rural houses and the strict quadrilateral volumes of the church and olive presses are in harmony with the decorative surfaces of the bourgeois mansions and the impressive building of the school, composing a graphic set. Rebuilding in the first two decades, following the devastating earthquake of 23 February 1867, brought dramatic changes to the structured environment and would give the settlement its current residential character. In October 2012 the settlement of Agia Paraskevi Lesvos was unanimously designated by the Central Council of Modern Monuments as a historical site due to its architectural and town-planning significance while the registered buildings are 1,564, many of them considered very remarkable, manor houses, industrial or with significant architectural features -20th century.

Characteristic of the settlement is the establishment of the community olive press in Agia Paraskevi in ​​1910, at the initiative of the residents of the area and with the aim of securing financial resources for the educational and social work of the community. This groundbreaking idea of ​​communal property for the time has had an impact on the social fabric, the social structures of the region. One of the most important buildings is that of the Agia Paraskevi schools, whose construction cost was mainly covered by the income of the Community Mills, the donations of parochialists from the 5 continents and voluntary work of local residents.